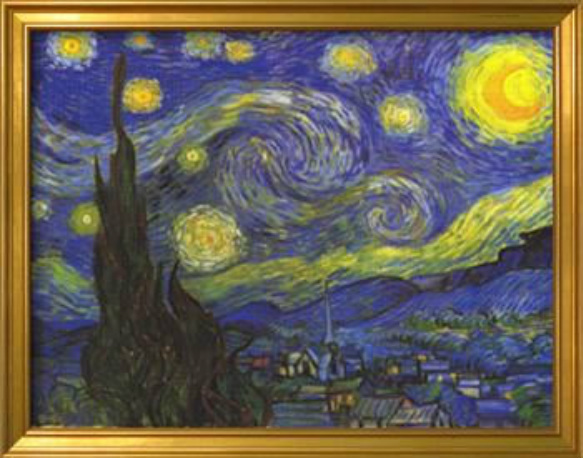 Rabbi Abraham Joshua Heschel taught us that: "The search of reason ends at the shore of the known; on the immense expanse beyond it only the sense of the ineffable can glide.  It alone knows the route to that which is remote from experience and understanding.  Neither of them is amphibious: reason cannot go beyond the shore, and the sense of the ineffable is out of place where we measure, where we weigh.  We do not leave the shore of the known in search of adventure or suspense or because of the failure of reason to answer our questions.  We sail because our mind is like a fantastic seashell, and when applying our ear to its lips we hear a perpetual murmur from the waves beyond the shore."

I love this quote because Heschel explains how natural (and necessary) it is for us to look "beyond," when the world as we know it....the one that surrounds us here, which we are privileged to inhabit every day, fails to provide us with all of the wonder we hunger for in our lives.  The "beyond" for Heschel was the realm of the spiritual....finding meaning in the presence of an ineffable God.

For me "the perpetual murmur from the waves beyond the shore" is both about God and about the vast unknown of the stars: the galaxies upon galaxies that are 'out there' (beyond), which simultaneously humbles me (for we are such an infinitesimally tiny part of the universe!), and moves me with a sense of awe for the majesty of Creation, and the mystery of the Divine that must have had something to do with it.  In order to open our eyes to that awe and mystery, consider the universe that we inhabit.  To begin: there is the nearest part: our Solar System. 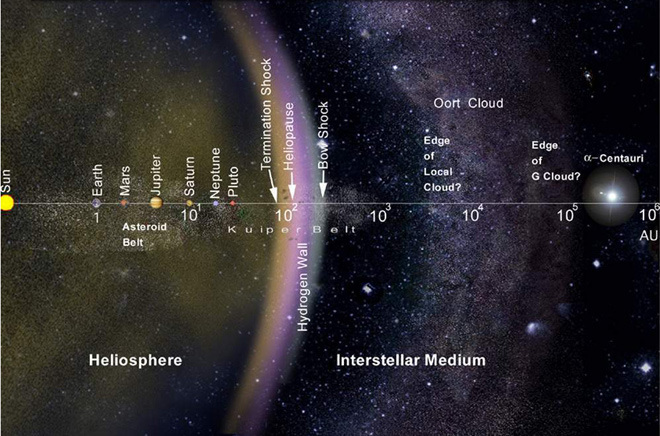 Map of our Solar System from NASA.
Now: to appreciate the scale of the map above, keep in mind that the distance from the Earth to the Sun is approximately 93 million miles, or 1 Astronomic Unit (AU).

In terms of space exploration, the Voyager 1 spacecraft - launched on September 5, 1977 - is the man-made object furthest from Earth.  It is 120 AU from Earth (and our best guess is that it is just beyond the Termination Shock on the map above).  It is puttering along at almost 40,000 miles per hour!  Voyager 1 (and its sister craft Voyager 2) are remarkable for many different reasons.

One reason is because of the pictures they have produced.  Another thing that blows me away is that they are both carrying identical copies of "The Golden Record."  For more on "The Golden Record," check out part of this episode of the public radio show Radiolab. 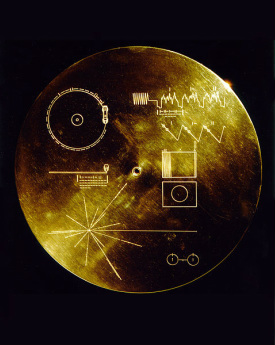 The Voyager Golden Record
But just to keep things in perspective: our Solar System is just a tiny part of our own little galaxy (the Milky Way).  Consider this map: 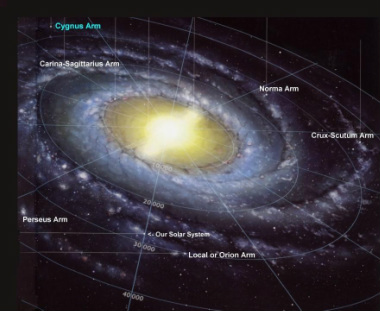 The Milky Way
If you click on the above map to enlarge, you'll get a sense of just how immense our galaxy is, and that our Solar System is just a minuscule part of it.  According to scientists, there are probably between 200-400 BILLION stars in the Milky Way!  But the crazy thing is that Voyager 1 won't reach the next closest one for another 40,000 years!  (Even wilder: there are probably a total of 200-400 billion planets in the Milky Way, and that at least 10 billion of them are in the so-called "inhabitable zones" (i.e. where their distance from their sun is the ideal amount in order to produce life.)  10 billion such planets in our Milky Way!  Is it really conceivable that we are all alone? 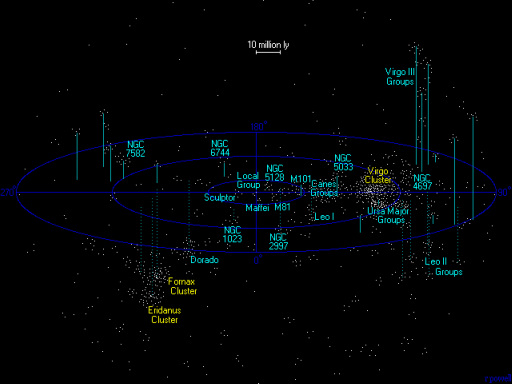 A map of the universe within 100 million light years of us. 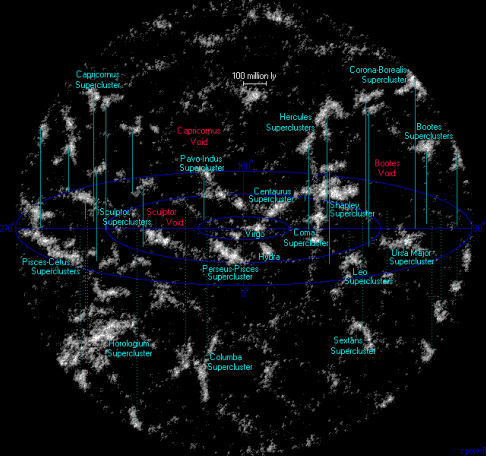 A partial map of the universe within 1 billion light years of us. Keep in mind that astrophysics teaches us that the universe is constantly expanding in all directions.
There is so much that is out there in the Great Beyond.  And the best that our civilization has been able to do thus far is send Voyager 1 to the outer reaches of our own tiny solar system...our Sun is just one of the 400 billion in our own little Milky Way.  And yet: we know with absolute certainty that these other galaxies exist.  Check out the gorgeous pictures that the Hubble Telescope has taken of galaxies far away.  Here's just one example: 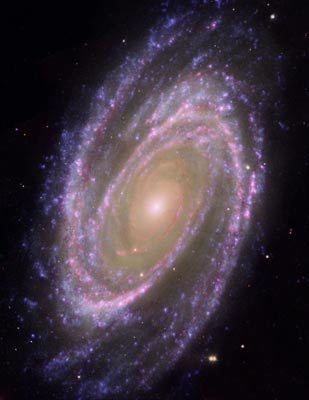 Spiral Galaxy M81, a mere 12 million light years away from us. It is part of the constellation Ursa Major. The galaxy was first noted by astronomers in 1774.
How can we not be moved by Heschel's "sense of the ineffable" when we think about the beauty, grandeur, and immensity of the universe that we live in?  If we would only open our eyes, and our hearts, when we look out into the night sky, then surely we would know again the sense of wonder that we seek.